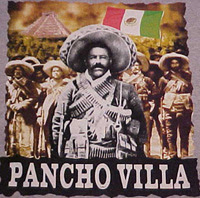 "Ni modo" is a Spanish expression that I believe is unique to Mexico. There really isn't a direct translation to English, the best attempt would be "whatever" with a shrug of the shoulders. "You can't do anything about it so ni modo". I almost always hear this expression when someone has been screwed over but doesn't see a way to change the situation. "Eh, she cut in front of everyone in line, ni modo" or "I work fourteen hours a day for 100 pesos, ni modo". "The governor is stealing money and setting pedophiles free, ni modo".

In some ways I think this is an excellent approach to life, it would save millions of people from ulcers and heart attacks if they could say "ni modo" to all of life's daily problems. I have embraced this philosophy in order to face the daily hassles, or at least I try to and it has made me a much more relaxed and patient person. If Americans and Canadians could take a little "ni modo" lesson, there might not be such a huge pile of ridiculous lawsuits in the courts, they might see fewer incidents of road rage and crimes of passion and overall the world would just be a much nicer place. There is something to be said for the Mexicans relaxed attitude towards life's little glitches.

On the other hand, there is a reason that Mexico is still considered to be a developing country. With a long history of corruption in the government, it's difficult for any Mexican person to have trust that their vote and voice has any significance. This is a democratic country, but in talking to many Mexican people, they don't seem to fully understand what that should mean to them. With a population of 108,700,891, one would think that they citizens of Mexico would band together to make some changes. But, in a culture of "ni modo", they just go about their days, working their butts off and taking care of their families on extremely limited funds, with few rights as employees or homeowners or tenants or tax payers. This should be a very wealthy country, there is a plethora of natural resources and industries that in theory could make Mexico a powerful economic force. "In theory" being the key words. I am not saying that there are no politically minded Mexican people, there are, just not enough and just not enough money and support for their causes. One hundred million people should be able to get this country on track, but "ni modo". I am just an outsider looking in with a love for this country and its people. I often joke with my students that I will become the next Pancho Villa as I start the New Revolution, but I really don't think the mustache suits me. I'll just sit back and let The Beatles tell me everything is going to be alright. Ni modo.

I see what you mean of my mother country and us being so "ni modo" that to an exterior eye it can be quite frustrating to see that nothing ever changes.

But I live in France and although here they also have a "ni modo" expression ("tant pis" prounounced "tanpí")and they are, as opossed to the mexican, quite the "mobilizing" crowd... things tend to be frustrating as well!

NOTHING can be reformed because the masses will protest to even the slightest hint of change! The school system, the health system the judicial system, the retirement system, EVERYTIME the government wishes to change something the unions (backed by the masses) block negotiations, declare a national strike and paralize the country.

Just check what is going to happen next week when the Public Transportation system, the National Railroad company, the Police enforcement, the judicial system AND the university students are all planning on going on strike AT THE SAME TIME and each protesting different things!!!

Pfffff... Bascially: it's a desmadre either way you see it !

Ni modo is something that is said in Honduras too. Well let me clarify that. By my in-laws, and since they are Hondurans I am assuming that is where they learned it. And now that I think about it, my ex - who is from Guatemala says it to me all the time. I think I am going to start saying it to him when he wants me to do something for him, since he seems to save it just for me, LOL.

That is one of the things I love most about the way of life south of the border. It is a much more relaxes way. Ni modo. But I am also in agreement with you as far as if the people would just somehow come together some of the corruption and what not could be fixed. (Is this even making sense? LOL) I wish it was that easy. ;)

Fned, I totally agree. I believe that in first world countries unions do more harm than good, satisfying the needs of a select few who are already well protected in their jobs and disrupting the lives of the rest of the population. It's only after coming to Mexico that I can see where the roots of the union system come from and the need for them here and now. Glad you found me and thanks for the kind words about the blog!

Jennifer, that's interesting that they use it in Honduras and Guatemala too, thanks for the new info! Gotta learn something new everyday! And yes, I wish there were a magic wand we could wave to cast an anti-corruption spell!

Comparing "ni modo" to the French "tant pis" had never crossed my mind, maybe because a lot of years intervened between my youthful ones in France and my present ones in Mexico.

But I think there is more to it than that... to me the "tant pis" of the French people I knew had a snarly quality where the "ni modo" I hear here has more resignation in it. That's how I read it anyway!

Great blog--I linked to to mine for your great explanation of Ni Modo.
Saludos from Mexico City.
Jim Johnston
www.mexicocitydf.blogspot.com

Thanks Jim, nice to virtually "meet" you and I appreciate your post. I'll add you to my blog roll right now. Que tenga un buen dia!

Really like your blog. Sounds like you have a wonderful family and a cat I would absolutely love.

Trying to catch up on your story.

My buddy who moved from New york to Pattaya, Thailand, gave me the Thai version of the same expression: Mai pen rai

When I have finished the setup of my own blog site, I'll send you a link. Can't promise it'll be any good though.

A bit late, but someone may find it useful.
Here in Colombia we say "ni modo" as well, with the same meaning (even saying "pues" before: "¡pues ni modo!".

Ni modo is not just used in Mexico. I grew up in Paraguay and it is also used there.

...and I'm just an INSIDER looking in FROM THE OUTSIDE. So in love for this country and its people.

"Ni modo" is not necessarily a Mexican expression. It's commonly used in most, if not all, Spanish-countries.