Crazy Canuck "Chills" on the Beach

Well, it's official, I am crazy about the beach. The weather has been lousy, cold and windy but that didn't stop us from heading out to Isla Blanca on our holiday Monday. We bundled up a little more than usual and for the first time we didn't actually do any swimming, but we had a fine time making sand castles and "found item art". Max and I scoured the beach looking for things we could use to make pictures on the sand, much fun! I did have to clarify that I was looking for natural items and not all the trash that was lying around, who wants to see a mermaid made with old shoes and broken beer bottles? There's not a huge amount of trash on Isla Blanca and what is there pretty obviously came from boats, there just isn't enough beach traffic to warrant the pieces we found. Please, clean up after yourself on the beach and don't throw trash off of your boats, let's keep the ocean a beautiful and pure place! 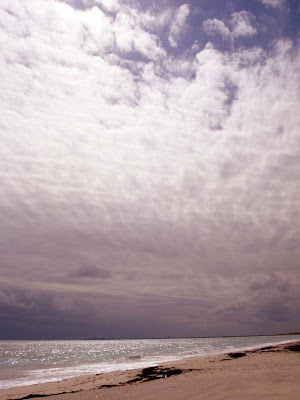 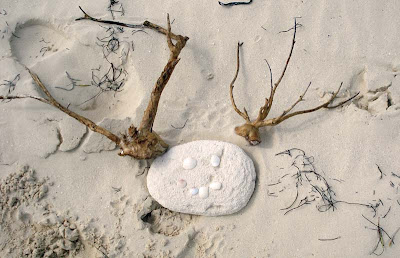 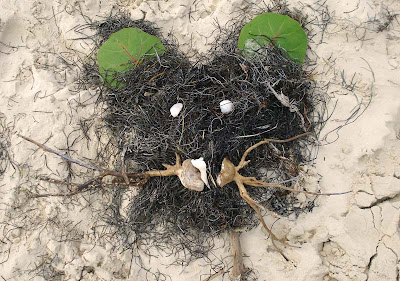 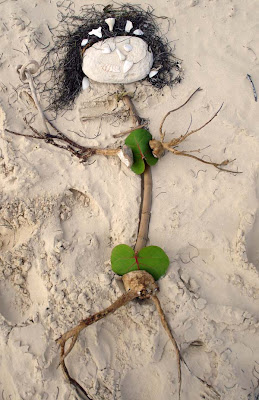 Early afternoon and it got a little too windy for us, the sand was stinging and getting in Max's eyes so we went for a little drive to see what we could see. I'd always been curious about the Ikarus Kite Boarding School so we stopped in to check out the lay of the land. I was so glad we did, it was beautiful! The wind was perfect for the sport and there were lots of folks out flying on their boards with their multi-coloured sails. It looks like a tonne of fun, but a whole lot of work too, these guys had some impressive arms! 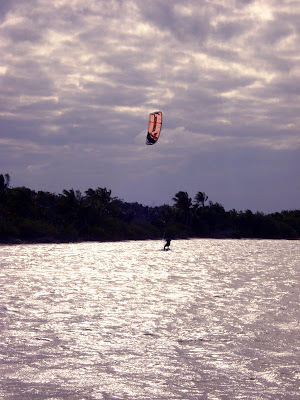 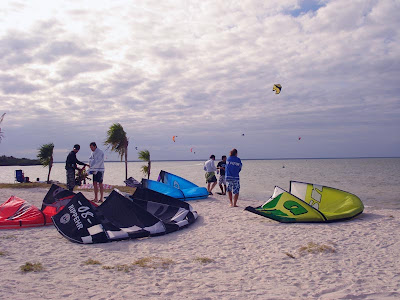 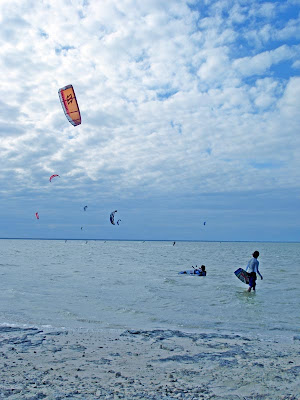 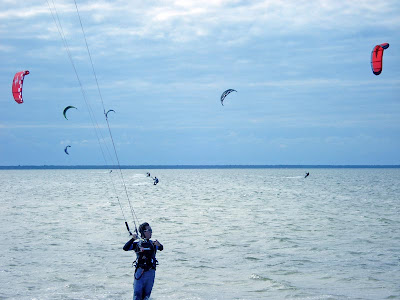 We continued our little journey by driving out to the end of the road. It's not the end of the island but it is as far as you can go driving. We had a quick look around at the lagoon side, had a little refreshment at the beach shack restaurant (no running water or electricity, it's rustic!) and decided that we had had enough wind for the day. My ears still hurt, it was certainly gusty! 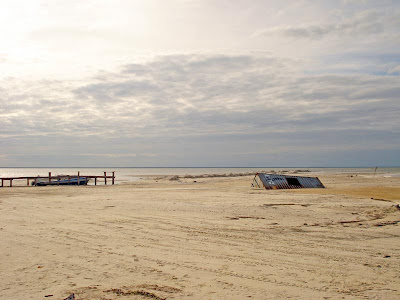 Lagoon Side of Isla Blanca
A Different Kind of Pretty 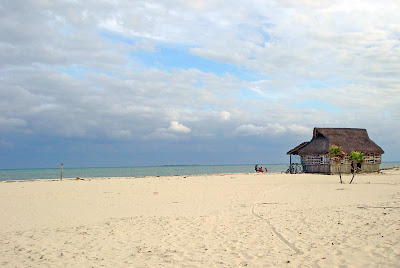 Ocean Side at the End of the Road 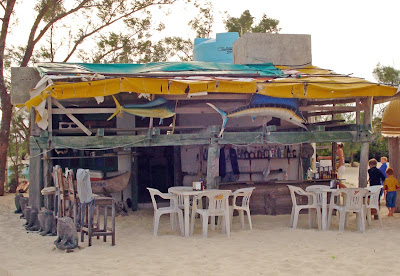 So, a different kind of beach day for us, but no less fun than those hot scorching days. I am hoping this weather turns around, I certainly don't need a cold winter here, I can get those back in Canada! I have to say though, it's a whole lot easier to deal with sand whipping us in the face than snow or ice!

Freezing .. c'mon girl .. I'll take that 75 degrees. It was 23 degrees this morning and we have snow on the ground (but then you know that). Thanks for the beachy pics.

Great post. I'm definitely checking out that beach on my next trip.

You need to rename a couple of your pics. The kitty is a mouse, and the princes....well it has a thingy....so you may want to call him a prince! :)

I love your art that you and Max did. I would also love to be "cold" with 75, we had a "high" of 38 f today. No snow yet, but it was windy which made it feel even colder.

I sure enjoy your posts.

That's the shack that I called you from when we got confused! Amazing that I got cell phone service there. I can't even get service at my mom's house in the 'burbs on the East Coast!

Love the beach sculpture pictures. What a great idea!!
Today in Minnesota, snow flurries and below freezing winds!!

Nice yummy white sugar sand you've got there. Thanks for the found sculptures, muy divertido.

I'll take the weather too. We got snow last night here in Canada - and it's covering everything.. Enjoy your beach!!!

K.W.- I know I am so spoiled, so accustomed to hot temps now! I know I shouldn't feel cold, but I can't stop my hands from shaking!

Scott- It's a beautiful spot, well away from tourist town. Next time you are down let me know and I will give you directions. You will need a car for it though, no buses or taxis out there.

My Way- I'll inform Max that kitty is now a mouse, lol! Er, explaining the transvestite princesa del mar might take a little longer though.

Amy- Thanks amiga, glad you enjoy dropping in! I'm sending you some virtual sunshine, it's lovely today.

Melissa- I thought that might have been where you ended up! You got lucky with the cel service, it's spotty at best out there.

Trixie- Ouch, sending you some nicer weather, I really don't think I could go back to living in the cold!

1st Mate- The sand there is divine, like baby powder. Glad you liked our little art project!

Beth- Oh hon, get your move on down south, lol! Sorry to hear the snow has made it's way to you already, booo. Virtual sunshine coming your way!

Loving the princess. It might have been interesting to see what you could make out of mismatched flip flops!

Confidential to My Way: If you think that's a "thingy", I feel sorry for you!

I love the sand art pixs, something i would totally do. And when you said Kite, I assume Kite that were flown by people on the ground, not in the water. Sweet stuff! Bundle up, thats cold, lol!
-h

Gringo - Not everyone can be as luck as you! HAHAHAHAHA.