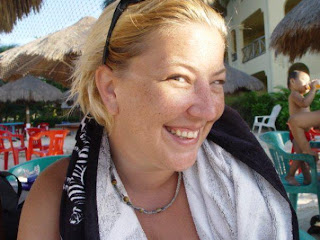 On a chilly, rainy day in October 2003, I nervously boarded a plane with a back pack and a rough travel plan, not really knowing what to expect when I reached Cozumel. I didn't even know much about my destination, it was chosen with a spin of the globe, eyes closed and a jab of my finger to determine where I was heading. All I knew was that I was on a journey to learn more about myself and the world, meet interesting people and have some fun. Jumping for joy on Isla Blanca

Eight years later I look back on that day and giggle at myself, if only I had known what was going to come. I am pretty sure I would have packed better for one, moving to Mexico with nothing but a mochila is not something I would recommend for everyone. I've learned a lot in these eight years, about myself, about the world and of course, about Mexico. Here are some lists of eight I've created reflecting on my journey thus far. 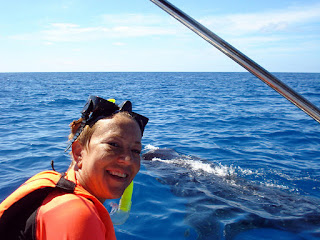 Hanging with a whale shark 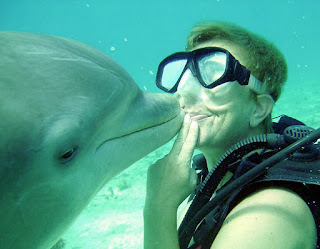 Scuba diving & getting some dolphin love 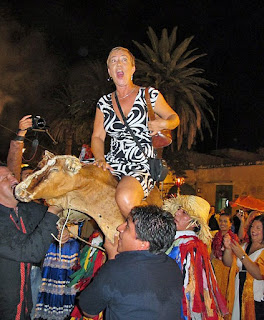 - the dreaded "aguas malas" (sea lice)
- being deported.....twice....
- banking
- stomach parasites and the yearly Vermox/Daxon cleanse
- tabano bites
- the yearly battle with immigration
- Hurricane Wilma
- the birth of my son (to be clear, yes, he is one of the BEST things to happen, but the actual birth event was like something out of an alien abduction movie, shudder....) 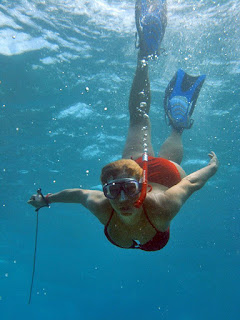 8 Things I Have Learned in Mexico

- The concept of "Mexican time"
- A pareo has a million uses
- Spanish
- Patience is more than a virtue, it is a necessity if you wish to accomplish anything in Mexico
- Family is EVERYTHING
- Don't eat ceviche served out of the trunk of a car
- How to swear in Maya
- How to grow gills (Ok, ok, this is just something I wish I could learn so I could live under the sea) 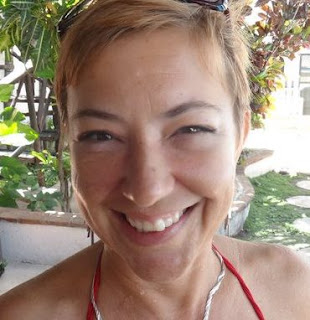 There are a plethora of other experiences and lessons, most of them residing in a private place in my heart. I am a better person today than I was on that cold, rainy day in 2003. Most of what I have learned is about myself and that journey of discovery is still in process. But by far the best thing to come of my Mexico adventure is my son Max. I would not be the person I am today without him and he would not be with me if I had not taken the plunge in moving to Mexico. I can't thing of a better souvenir from my "Mexico vacation" than my little MexiCanadian, glad I chose him over the "One tequila, two tequila, three tequila, floor" t-shirt.

Congrats Kelly. I'm still reading, by the by, if not commenting very regularly. For the record, my favourite phrases are mostly too vulgar to publish, so I'll just say 'que paso'. Least enjoyable experience was probably Montezumas Revenge. More so even than getting a gun pulled on me. At least the latter gave me a story to tell. The most important thing I learned about Mexico? I learned that when I came back to the UK. The lesson being 'don't leave Mexico.

Happy Mexiversary! Love that picture of you from '03. It looks like trouble coming!!

8 years. I hope I make it that long. Not just in Mexico. In life would be nice.

Hi Gary, thanks so much! I had to edit myself when posting my favourite phrases too, stopped myself from sharing anything with "madre" in it. Sooo, when are you coming back? ;-)

KfromMichigan, thanks amiga! Oh yes, that photo definitely shows the troublemaker in my eyes, haha (and the extra 25 lbs I was carrying, wow!)

Steve, eat your veggies and love life and you'll have far more than 8 years to enjoy. Saludos my friend!