Cozumel photographers and bloggers Michael S. Lewis and Jennifer Homsher Lewis of Latin Journeys were kind enough to nominate me for a "Versatile Blogger Award". They are contributing photographers to National Geographic, be sure to visit their blog and check out their gorgeous images! Thanks so much guys, I'll need to take a trip over to my old hometown and buy you a drink or two in exchange. 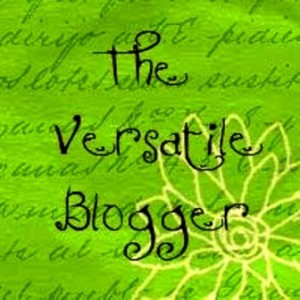 Now, to keep playing along, I need to do two things, a) write seven things that you may not know about me and b) nominate other blogs for the award. Let's start with the secrets (that are not really secrets since I am about to announce them to you all).

1.  I hate onions. Despise them. Abhor them. One of the first things I learned to say in Spanish was "sin cebolla por favor" ("hold the onions PLEASE"). Except...I like onion rings. Go figure.

2.  I am Canadian but was born on the border with the US (my parents live in Windsor but my Daddy works in Detroit). It wasn't until I moved to Toronto for university that I discovered (by being mocked relentlessly) my American accent. I apparently kicked that accent in exchange for a very Canadian one if recent video proves correct. "Tooooo-nah". Of course, now I am told I speak "Bien Yuca" when speaking Spanish, so who knows what my accent really is.

3.  I once worked for IBM when I was young. No, not that IBM, the "International Brotherhood of Magicians" IBM. I rode in the back of a Ryder truck for endless hours on a road trip with illusion equipment and several rabbits and doves, to be cut in half and made to disappear while wearing a costume made for a girl much, much smaller than I. Good times.

4.  When I was in first grade I gave a speech for show and tell on how to make beer. My parents received several concerned phone calls. But it was their fault really, they took me on the brewery tour at Frankenmuth!

5.  I have a fascination with ghosts. Since I was a kid, I have been interested in the supernatural. When my family visited England when I was nine, I bought all the books I could find on hauntings in Britain and my parents were kind enough to indulge me in visiting many of the sites. Much to my disappointment, I saw nary a single floating head nor white mist, never mind a howling, bloody ghoul.

6.  I have a "thing" about long hair. It freaks me out. I don't like to touch it or really even be near it, though I swallow hard and suck it up, keeping my mouth shut when friends toss their locks about. I just can't help thinking about a fact I learned in science class that the only living part of hair is the follicle. So, those curls you are proud of are just dead things hanging out of your head. Shudder.

7.  I am adopted. When my parents told me (I was four, had been to church and learned the ten commandments. I came home and asked what "adultery" was and got the basic sex talk and the "you didn't come from mommy's tummy" news). My parents ALWAYS told me how special I was, how they picked me out to come live with them. For a long time I thought they got me at the Humane Society and picked me out of a cage like our dog.

And there you have it, seven random facts about Cancun Canuck. Now, on to the nominations...drum roll please....

Mexpatriate: In the Key of Steve

Why thank you, young lady. I think I have my next post.

Thanks for sharing .. most people know if they have followed your blog! I HATE onions too!!!!