Xplor Fuego - HOT Night of Adventure in the Riviera Maya 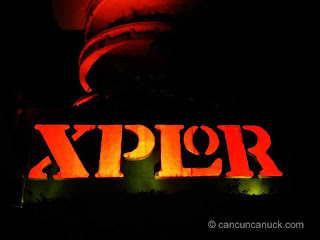 I first visited Xplor Park in the Riviera Maya when they opened many moons ago, a fun day of ziplines, underground rivers and amphibious vehicles. They've just launched a NEW adventure, Xplor Fuego and invited me for a fam trip to check out the experience. 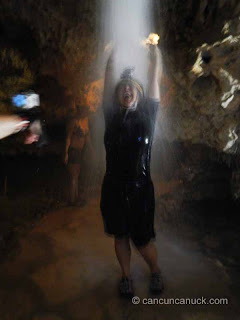 Xplor is great fun in the daytime, but a whole new level of adventure at night! We started out with a swim in the underground river. Lit with red, it had the appearance of a volcano (or hell as some said!). The guide cracked a joke about the water being hot (it was bubbling and glowing like lava), but we knew darned well we were going to be shivering in no time. Not a bad thing, we were sweating like mad, it was pleasantly refreshing! It was a relaxing float through the gorgeous stalactite formations, natural wonders of the Yucatan Peninsula. 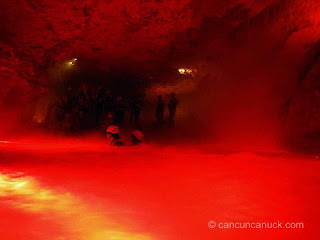 Soaking wet we made our way through the twisty turny paths to the start of the zipline circuit. The night circuit is a variation on the day, a little shorter (for time) but still a total riot. Our first few flies were while the sun was going down, a pretty pinky purpley sky. Then night REALLY fell and we were flying through the darkness. WOW, seriously unique experience! The longest/tallest zipline in the Riviera Maya is at Xplor, zipping for over a minute in total darkness, seeing the fire of the torches in the distance, spectacular! 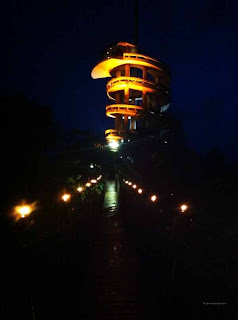 The final zipline has an AWESOME water landing, it's dark and I spun around a bit (sorry if you get dizzy) but I did manage to capture a little video.


The final leg of our adventure was in the amphibious vehicles, driving along jungle paths, through cenotes and caves and whipping around some tight turns. My friend Myrna was at the wheel and I thought she may possibly have been trying to kill us but I haven't laughed so hard in a good long time. My body took a good beating sitting in the back but it was oh so worth it. 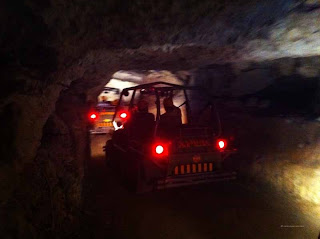 The last part of our journey was the most delicious, DINNER. The food at all the Xperiencias Xcaret parks is always superior and Xplor is no exception. I admit it, I gorged myself on the unbelievably delicious ribs. And cheese. And had two baked potatoes with a sour cream topping that I could have eaten by the spoonful. And more ribs. After burning off a tonne of calories swimming the river and climbing the zipline towers, I totally blew it all in a very short period of time, walking out a few kilos heavier than when I went in, te juro.

Thanks so much to Xperiencias Xcaret for always being terrific hosts. You can see more photos on the Xplor Fuego Flickr set!