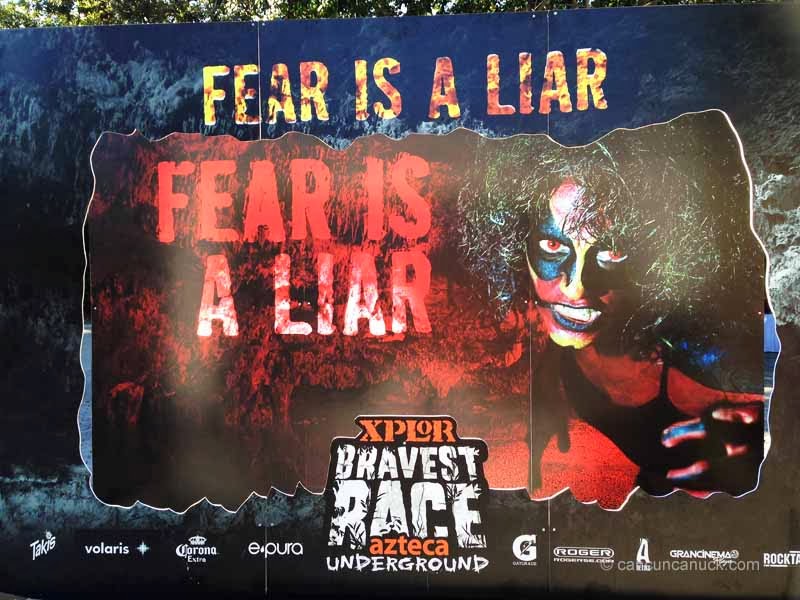 "Fear is a Liar" was the phrase of the day at "The Bravest Race 2014" at Xplor Park in the Riviera Maya. This was the first race of its kind in the area, a 5 km obstacle course in the jungle, over rough terrain, through cenotes, jumping off cliffs, crawling through mud, climbing through ice, the 1100 participants battled through while being chased by "The Fears" trying to steal their bravery. The goal was simply to finish, the bravest with their "flags" intact, no first place, no last, just a group of awesome athletes pushing their limits and having a blast doing it. 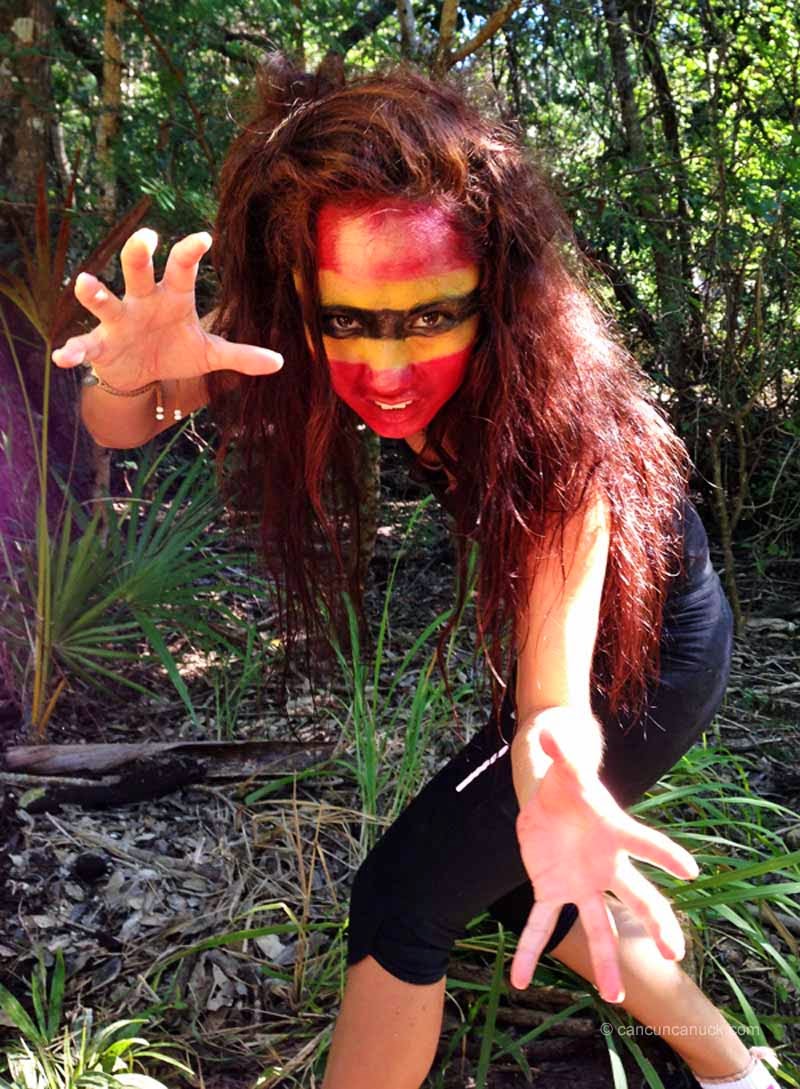 I was invited as press to cover the event, which meant a very early Sunday morning. We left Cancun before the sun came up! I had Max with me and he soon had the bus laughing and awake with his "jokes" (8 year old jokes are seldom all that funny). We arrived at the park and made our way to the press "lounge". A parking area had been set up as the starting line/party area, food stands, water, medics and donuts (for charity!) There was a climbing wall for kids and a stage with live music to rock the day away. "The Bravest Party" was a blast! 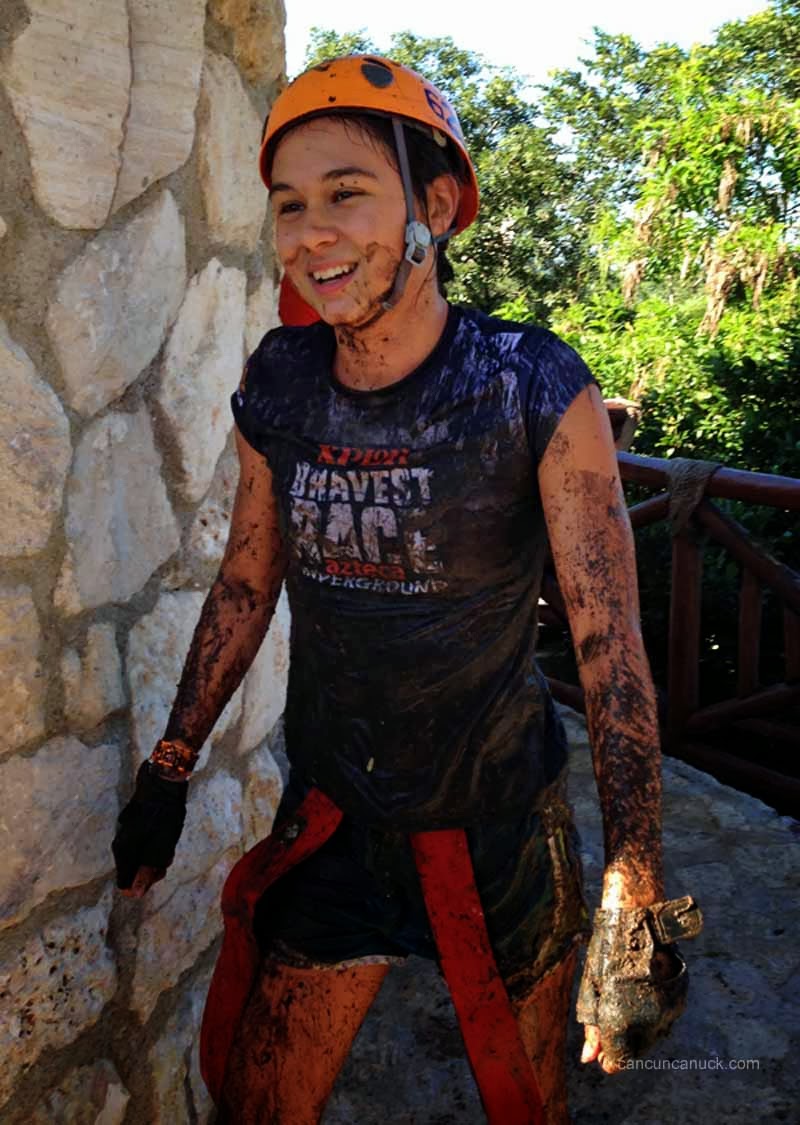 The press (myself included of course) was whisked away to chase the first wave of runners, catching up with them at several of the obstacles around the course to cheer them on and capture photos. We definitely should have received medals too, we were up and down, over rocks, through jungle paths, running to keep up for a good two hours! We all worked up a sweat and it felt GOOD. 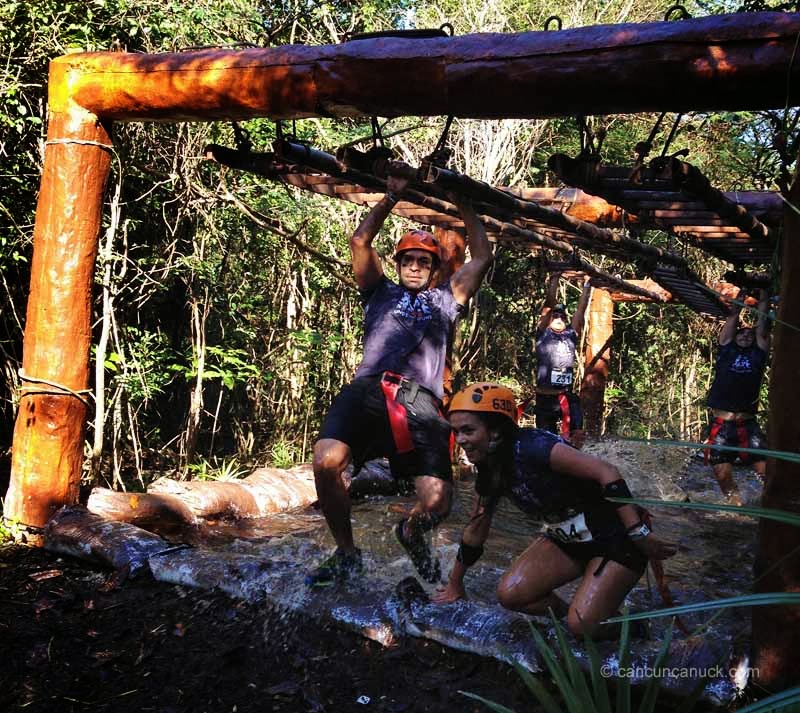 Perhaps the best part of the day (for me anyway), was watching Max run the "Mini Bravest Race". The obstacle course they had set up for the kids was quite a challenge and took at least 20 minutes to complete. And my boy? He did it FOUR TIMES. He was most pleased to take a couple of tumbles and take himself to the medics tent to get cleaned up (no serious injuries folks, just a scratch but it made him feel "cool"). 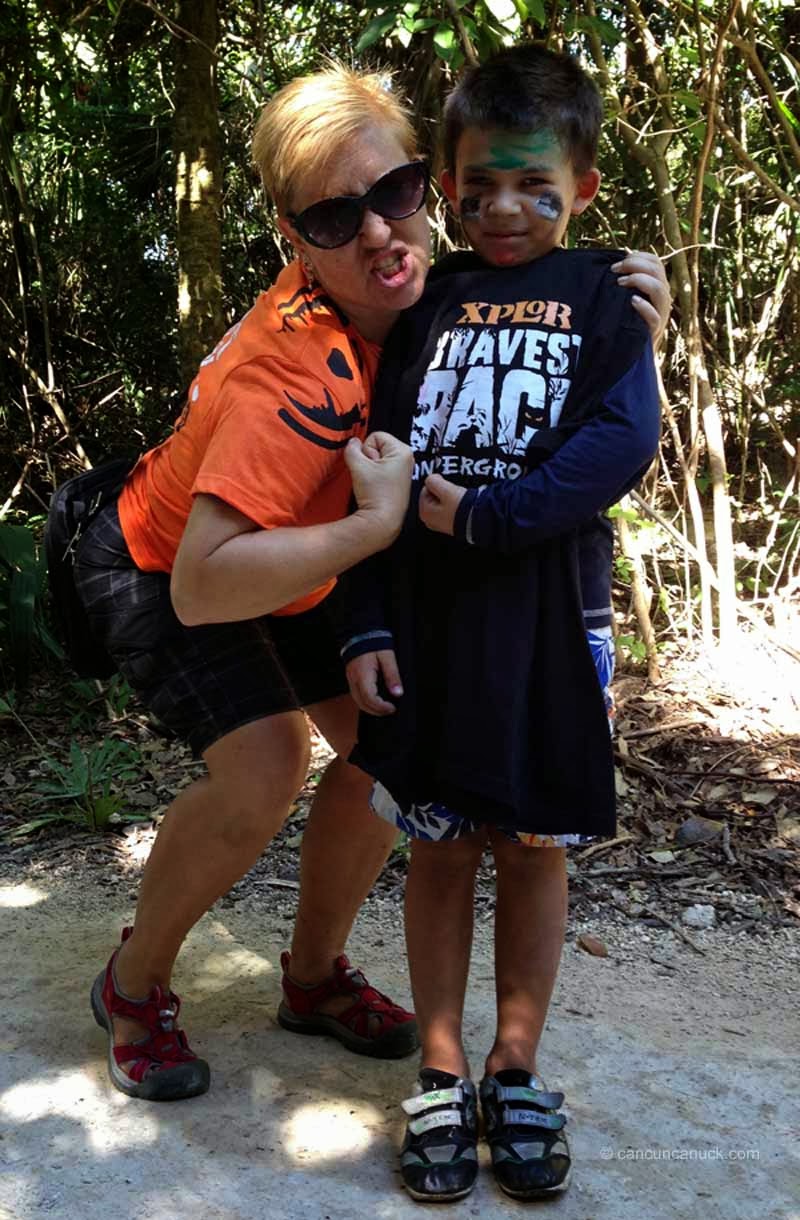 I must admit that I did not expect to enjoy the day so much, it was a LOT of fun, even as an observer. And I hereby swear that I WILL participate in the next one, "Fear is a Liar" and I am NOT afraid! I've got two months in the gym under my belt and feeling good, a few months more and I will be ready to rock this race. Bring it ON! Do you dare?