The Travesia Sagrada Maya is an annual event presented by Xcaret Park in the Riviera Maya,a recreation of the ancient crossing of the Maya from the mainland to the island of Cozumel to make offerings to the goddess Ixchel. It is an homage to culture, history and the perseverance of the human spirit, rowing more than 30 kms in open sea and returning again the next day. I am always humbled and moved by the experience (I always cry!) and this year was even more emotional for me. Someone very important in my life participated as a "canoero", his journey inspired me so much that I thought I would share his story instead of mine. Here are his words...

It all started when I was present at the arrival of the canoes in the 2013 edition. All that passion, the families awaiting their loved ones, the amazing energy they brought from the sea...I just felt like I had to be part of it no matter how. 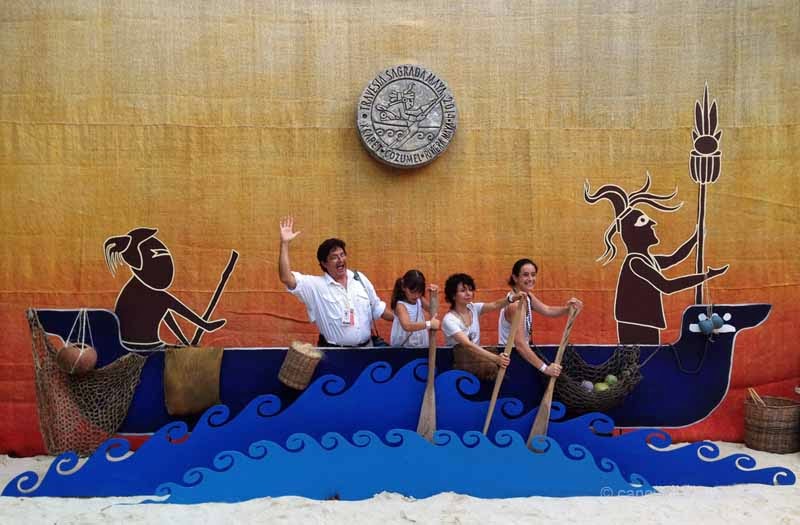 (not a real canoe)


Training for the TSM was without doubt one of the most intense experiences in my life, our coach led us with discipline and experience, letting us discover new limits of our own bodies, minds and spirits everyday, and he did it for one fact that turned out to be true: the stronger we trained, the more we would enjoy the Sacred Mayan Journey when it happened.

It is amazing how by breaking a physical limit, like rowing when I thought I couldn't row anymore, from soreness or exhaustion, I also unbound myself from previous conceptions I had about myself in other aspects of my life. 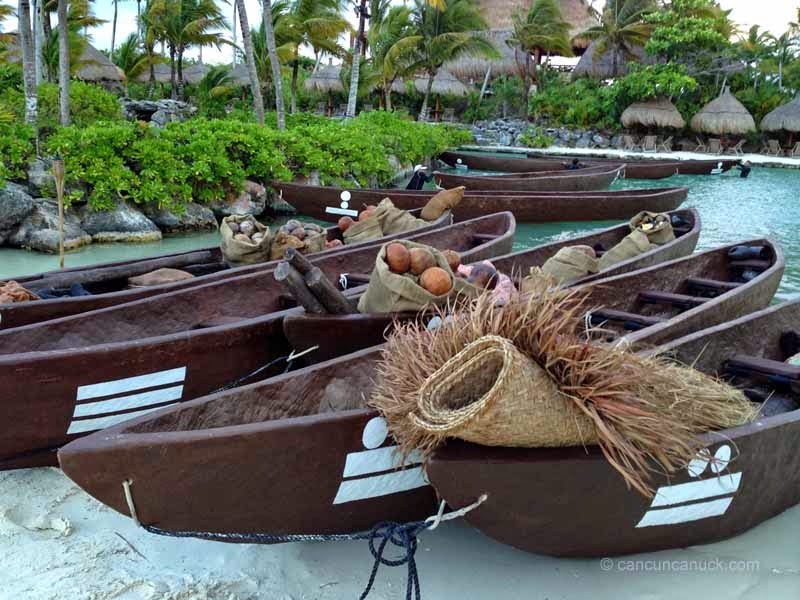 Canoes loaded with offerings for Ixchel

It was a collection of very deep, strong feelings and thoughts before, during and after the journey.

Before the crossing, there was this immense amount of energy collected through six months of training, my mind and soul only asking one wish to God and myself: to row as hard as I could, without stopping, without leaving a drop of energy unspent: to give everything. Fortunately, that wish came true. 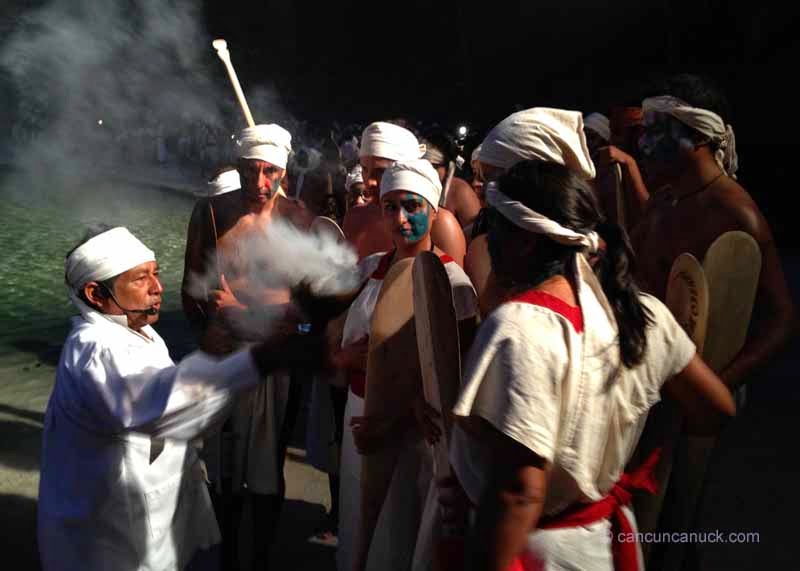 A blessing before the journey begins
We were in the open sea rowing through what we called a "blender" sea: waves constantly reaching the canoe from the side making it advance sideways and shuffle intermittently. That meant we rowers had to constantly shift our weight to avoid tipping, while the coxswain had to exert an immense amount of strength to keep the canoe on course.

Despite the effort, many canoes tipped, including mine. We recovered quickly once, and a second wave hit us making us tumble again just seconds later. We recovered as we did dozens of times during training: we had that already embedded in our physical memory. One thing I can clearly recall is me crying in happiness, rowing as hard as I could, as we managed to recover from that tumble, encouraged by words from our coach given providentially from the support boat, and reaching the main group, even passing some other canoes. We were not competing, but that simple feeling of recovering, giving everything and making up for almost ten minutes of delay (which translated to almost a quarter of a mile in distance from the group) was just overwhelming. 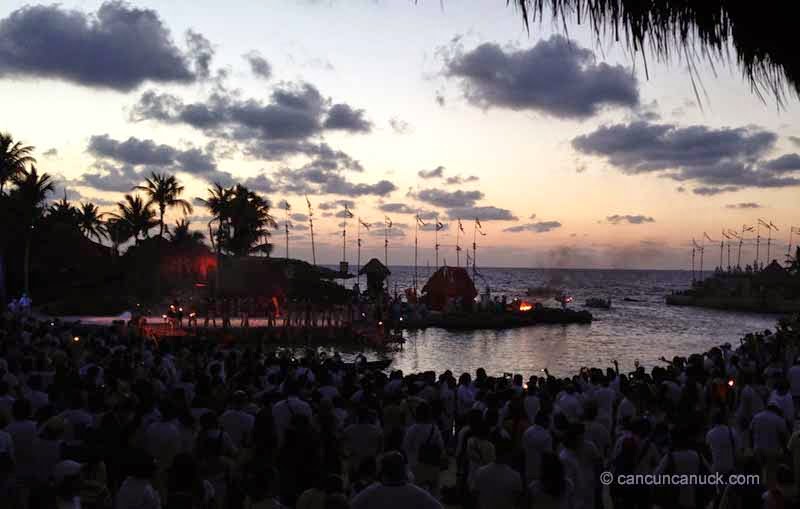 The canoes depart at dawn

The arrival to Cozumel after six hours of rowing was mostly physically intense, as I arrived very conscious, stable and aware. I made my offer to the goddess Ixchel, for I embraced the reasons and the traditions that engulfed the Sacred Mayan Journey itself, and went to rest for that night. But nothing prepared me to the arrival back home, to the port of Polé, at Xcaret. I did not realize how much energy I had contained throughout all the time we trained, all those hours rowing, until we approached, full speed ahead, rowing with strength and spirit that came from an unknown place, and arrived to meet a cheering crowd, the rumbling drums, the dancing men, women and children at the shore, and my family, reunited after months of not seeing them. It is something I won't ever, ever forget. 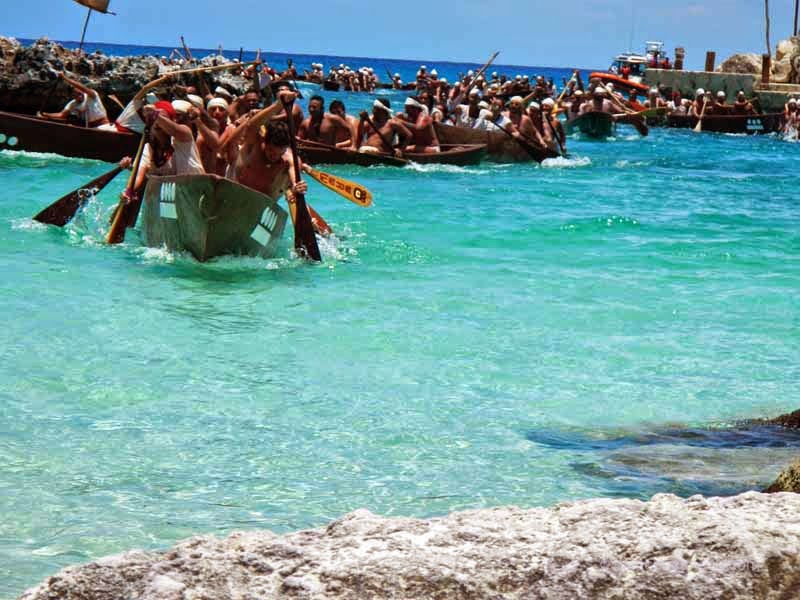 I desire to do it again, if the universe allows it. Maybe this time I will take the challenge of being the fore rower, who has to set the pace for the rest of the canoe and aids the coxswain in the navigation. For the ones who want to participate, I can just give one piece of advice: commit and embrace it as a way to discover themselves, so it has the effect that Mayans expected from that spiritual pilgrimage five hundred years ago: one person goes, and a greater, different person returns. 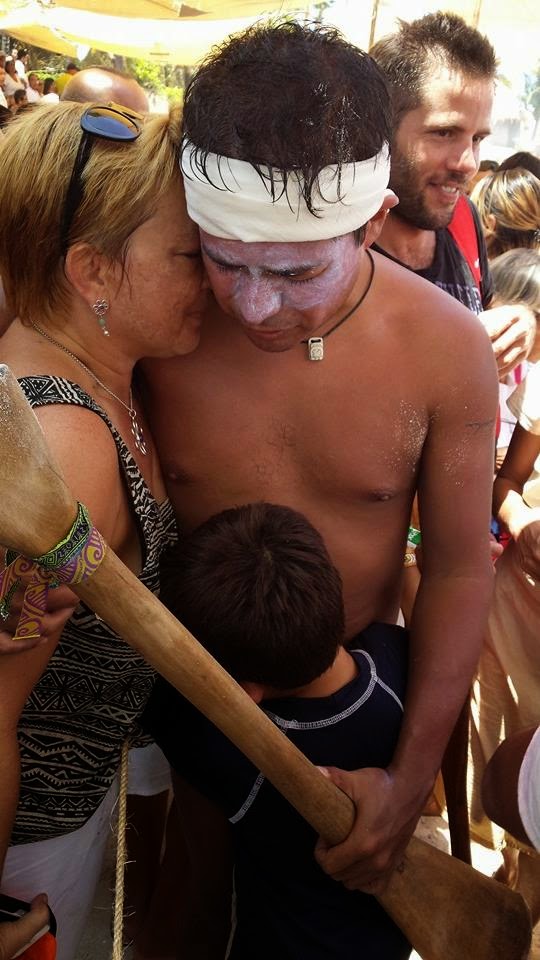 Mike Garcia is a talented illustrator and artist, originally from Mexico City and now living in Cancun. He is one of the finest human beings I have ever known. :)

permanent eyeliner tattoo near me

eyebrow tattoo near me

This is really helpful thanks alot for sharing dude..

How to Overcome Stuttering

Hi! I really like your content. Your post is really informative. I have learned a lot from your article and I’m looking forward to apply it with my children and in my class too.
gyn services brooklyn
microblading in las vegas
scalp micropigmentation seattle
bathroom remodel near me