A Little Love for the Sargasso in the Riviera Maya 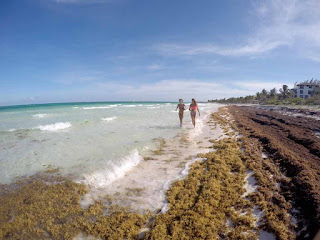 Anyone who has traveled to any beach destination in the Caribbean this year has noticed the abundance of seaweed on our shores, Riviera Maya beaches included. We have seen a huge increase in the amount of sargasso on the beach, more than I have seen in my almost 12 years here. While tourists complain, I have to say, let's show a little love and respect to nature, there are GOOD things to be said about this natural phenomenon. 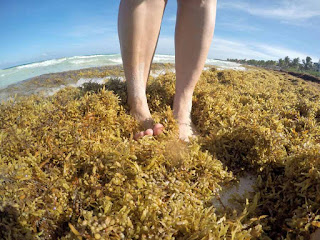 "The Sargasso Sea" is an area of the Atlantic Ocean roughly 1100 kms wide and 3200 kms long, home to the seaweed called "sargassum". There are no physical boundaries to the sea, only the currents of the Atlantic mark its boundaries. Christopher Columbus reported on the vast expanse of seaweed on his 1492 crossing to the new world, erroneously thinking it meant land was near. 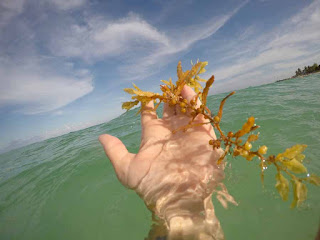 So why the heck is there SO MUCH SEAWEED this year? My research came up with a lot of speculation and no real answers. Changing climate, changing patterns of the sea, pollution, rising sea temperatures, nobody can nail it down to just one reason, it just IS. Who are we to question Mother Nature? 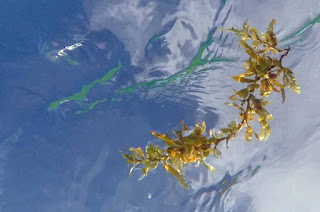 The sargasso is a vital eco-system unto itself, home to many species of ocean life. Sea turtles rely on sargasso for protection from predators as they make their way through the oceans. It is a floating refuge for crabs, shrimp, and a wide variety of fish who take advantage of the rich feeding ground and use it as a safe place for breeding. When the sargasso washes ashore, it nourishes the beaches and prevents erosion, as well as creating a food source for birds and other beach creatures.

Is the sargasso a danger to humans? NOPE. Some people may have an allergic reaction to some of the critters that live within (insects etc after it is washed ashore) but the seaweed itself is harmless. You can walk on it, pick it up, swim through it and enjoy knowing what an incredible source of life it is. It is not slimy or "icky" when fresh, though when it dries it can be a bit crunchy underfoot. The resorts of the Riviera Maya and Cancun have crews working throughout the day to try to clear the beaches, but it really is a Sisyphean task. 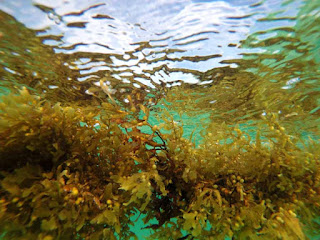 So while some may not think it's pretty (up close it's lovely really, like little bunches of teeny tiny grapes) and it may interfere with your picture-postcard vision of the beach, it is a natural and integral part of a healthy ocean. So let's show a little love to the sargasso, get past our human need for "perfection" and salute the plant that brings LIFE to the sea and our beaches.

What are your thoughts and experiences with sargasso? Let us know in the comments!

(photos property of  CancunCanuck © , shot with GoPro Hero Silver, please do not use without permission)
By CancunCanuck - June 21, 2015 7 comments:

Fishing, pesca, fish, fishety fish fish lure tackle fish line fishery-doo-da-day. Max is a pretty good little conversationalist for ten years old but as of late, he's a one track wonder. FISHING. I have mandated "NO Fish Talk" time at home to save my sanity during dinner, but he just can't help himself and it is inevitable that I will hear all about how to fly fish in Florida or hand jigging in Cuba or the correct way to remove a hook. Mmm, tasty dinner convo. 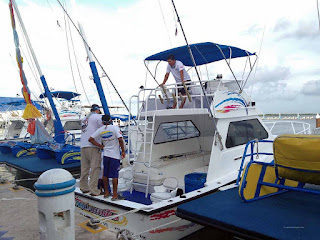 Of course, as much as the FISHFISHFISH talk can get tiresome, I am also a mom who likes to see her kid happy so I was grateful to the fine folks at Aquaworld Cancun when they offered us a chance to go deep sea fishing. 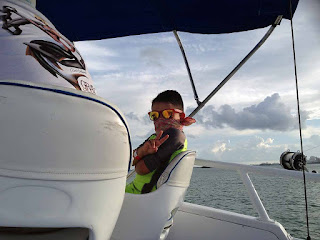 Growing up on the Great Lakes, I was always happy to be on a boat and have my line in the water, but this was my first time on the open sea going for the "big ones". Max and I invited our friends along for the ride, arriving at the Aquaworld Marina at 7 am for an early start. We were all "newbs", looking forward to adventure! 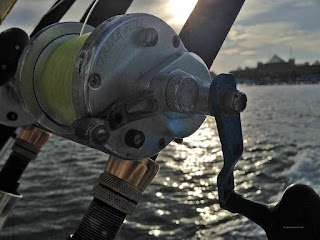 Captain Luis greeted us warmly and got us underway for the 45 minute trip to his "secret spot". There was a fishing tournament that day and he was concerned we would have too much competition for the fish, but we were determined to reel in dinner, at the very least a little snack. 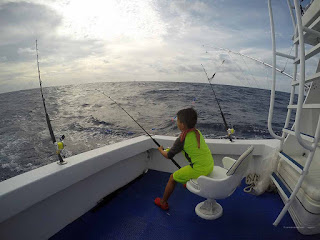 The ride was a bit bumpy, a bit swirly, the captain called it "blender sea", but we all held on to our breakfasts (I do recommend being prepared for some seasickness, no matter how great your sea legs are). Almost as soon as the crew got the lines in the water, they had Max in the fight chair, reeling in this little beauty! She was smaller than we were looking for and was promptly returned to the ocean to swim another day. 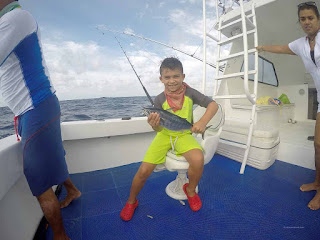 The beautiful Fernanda reeled in our first keeper, a black fin tuna! I think the crew got a kick out of all of us being more interested in taking photos than actually fishing, the price of being social media addicts, er influencers on the job. I have to say, in the rolling surf with wiggling and jumping fish, taking photos was a bit more challenging than our dry land work. 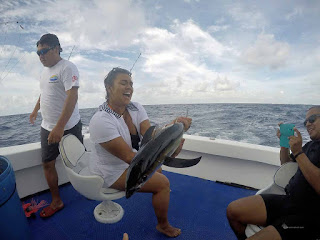 Next up was Miguel, one of my favourite bloggers in Mexico with La Vida es Viaje! Even with his wobbly, not so sailor-y legs and seasick tummy, he reeled in a gorgeous mahi mahi! 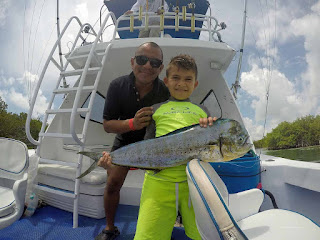 The final big fight of the day was all about Max and a Great Barracuda. Approximately 25 lbs and 47 inches, this fish full of teeth was a doozy of a catch! The crew tagged the fish (whom Max named "Luis" after his new best friend the captain) and released it back to the sea as part of the Gray Fish Tag Research program. Max will talk about this fight for the rest of his life, though I suspect "Luis" will get bigger and the fight will get longer with each telling of the tale.

We were all super content and ready to head back to shore after our big time adventure. We were pretty darned excited about the fresh catch we had in the cooler, particularly after Marhu put out the call to a chef friend to put his culinary skills to work. Mahi mahi in an achiote marinade and a seared tuna salad finished off our day in a most perfect and delicious way. 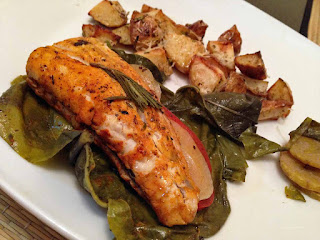 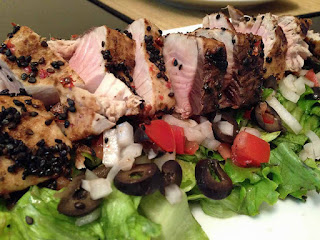 I thought that Max would be wiped out and fall asleep quickly after the early start and all the excitement of the long day, but getting him to bed was a bigger battle than reeling in a barracuda! He couldn't stop talking, fish fish fish, but when he said "Thanks mom, this was the best day ever, you are the best mom ever and I love you so much!", I decided he could talk about fish as much as his little heart desires.

** The fishing excursion was provided free of charge by Aquaworld Cancun but all opinions are strictly my own.